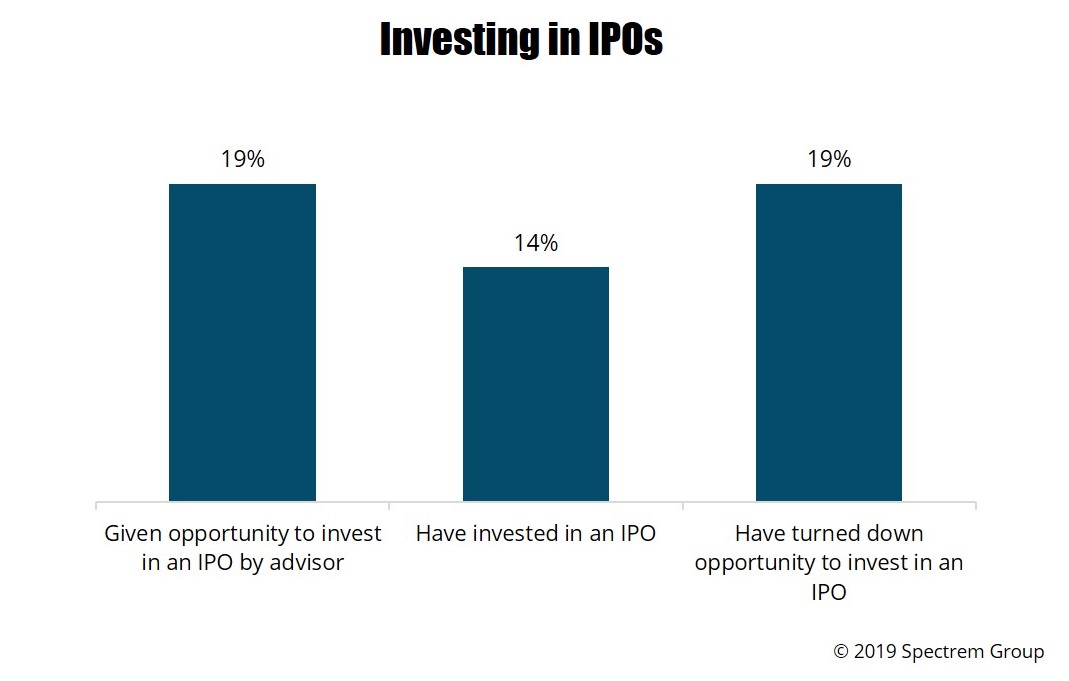 IPOs are a way for a private company to raise operating capital in order to expand, or to pay down debts. They raise interest in the company as an investment option, and when the private company is innovative or well-known for some reason, the IPO becomes a media sensation that draws attention for weeks as company officials promote the possibility of an IPO, and media attention is sustained as the public watches to see if the IPO initial price is deemed appropriate by public investors.

When a private company goes public, it invites the investing public to participate in the success of the company.  Where investing in the company previously would only be available to the people who were responsible for the creation of the firm, an IPO creates a public demand for shares and the chance to get in on the ground floor of an investment opportunity.

In a survey of more than 700 wealthy investors, 14 percent have purchased shares as part of an IPO. That percentage may seem low, but investing as part of an IPO is a leap of faith that the company has properly priced its initial shares and that the price is likely to go higher.

Among the 400 investors who have a financial advisor, 19 percent said their advisor brought up the idea of investing in an upcoming or proposed IPO. Advisors are usually aware of their clients for whom the concept of investing in an IPO would be feasible, so a suggestion of that sort is likely to be taken seriously by the investors who are offered that opportunity.

The idea of investing in an IPO is intriguing because of the ground-floor concept, but it is a difficult choice to make, because it is a jumping off point and there is no guarantee of growth on the stock price.

Of the ones who had a chance to invest but did not, 42 percent considered the opportunity to invest “too risky" and 20 percent said IPO investing does not align with their portfolio objectives. Thirteen percent admitted they wanted to take a wait-and-see attitude toward the investment.