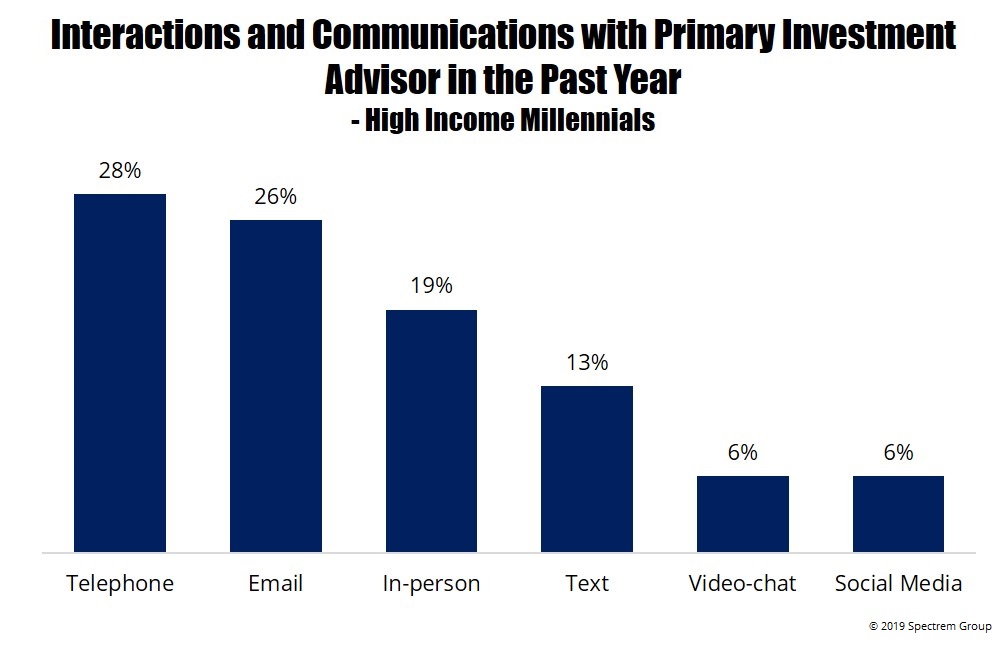 Old folks question the value of younger people all the time, but the one scolding that seems to have taken the strongest hold in American culture is the way in which the younger generation communicates.

The popular opinion is that young people today never take their eyes off their cellphone screen. Images of two people sitting in the same room communicating with each other via their smartphones produce screams of anguish among older adults.

Spectrem’s new study on Millennials shows that they do indeed like to communicate electronically, including in their conversations with financial advisors.

According to the study High Income Millennials, 53 percent of Millennials have texted their advisor at some point. That’s a very high percentage, especially taking into account the number of financial advisors who do not communicate via text.

Of course, texting is seen by Millennials as near-universal. They have even taught their grandparents how to do it. So it makes sense that they feel they should be able to text their advisor when situations dictate a quick response.

The study also shows that 29 percent of Millennials have video-chatted with their advisor, another high percentage based on the number of advisors who use video-chat for official business.

Does this mean advisors should strongly consider making both texting and video-conferencing available to their clients? Or can modern business still be conducted without those forms of electronic communication?

The Millennials surveyed for the study have an annual household income of at least $100,000 if single and $150,000 if married or living with a partner.