Blog: Why Tammy Duckworth Offends Me

Call me “un-enlightened”.  Call me “old-fashioned”.  You can even call me “racist” or “bigoted” or whatever you want.  As a middle-aged mother of four (from Illinois) who has been slogging away at my desk for the last thirty years, I really don’t think it’s necessary to take your 1-year old to work with you on the floor of the Senate.  I don’t care if you are a Democrat, Republican, Libertarian or Martian.  I don’t really see the need to take your 1-year old to work ... sure it’s great if you have flexible arrangements, etc. ... I support that.  But let’s be real.  I could support taking your 3-month or 5-month old to the Senate floor.  They’re going to sleep in their carrier.  But a 10-month old?  He or she will just toddle or crawl around the feet of the Senators.  Maybe that will keep them awake.
All of this is based on the recent news that Senator Tammy Duckworth from Illinois, who is in her first term and second year of being a Senator, has bravely convinced the Senate to change the rules to allow women to bring their children under the age of one to the Senate floor.  Of course, this presumes that the Senators spend hours upon hours working in the Senate ... which I have rarely seen them do.
In recent research conducted by Spectrem Group with women, we found that on a scale of 0-100, the feeling that “Employers should do more to cater and accommodate working families through time off and flexible schedules” scored a 68.60.  Clearly most women support the idea that companies should have flexible schedules.  I support this idea as well and at our company I believe that we allow these accommodations.  Parents are allowed to schedule their work hours around school pick-ups and drop-offs.  They can take their kids to the doctor as needed.  Children’s events can be attended and work-at-home is available as needed. 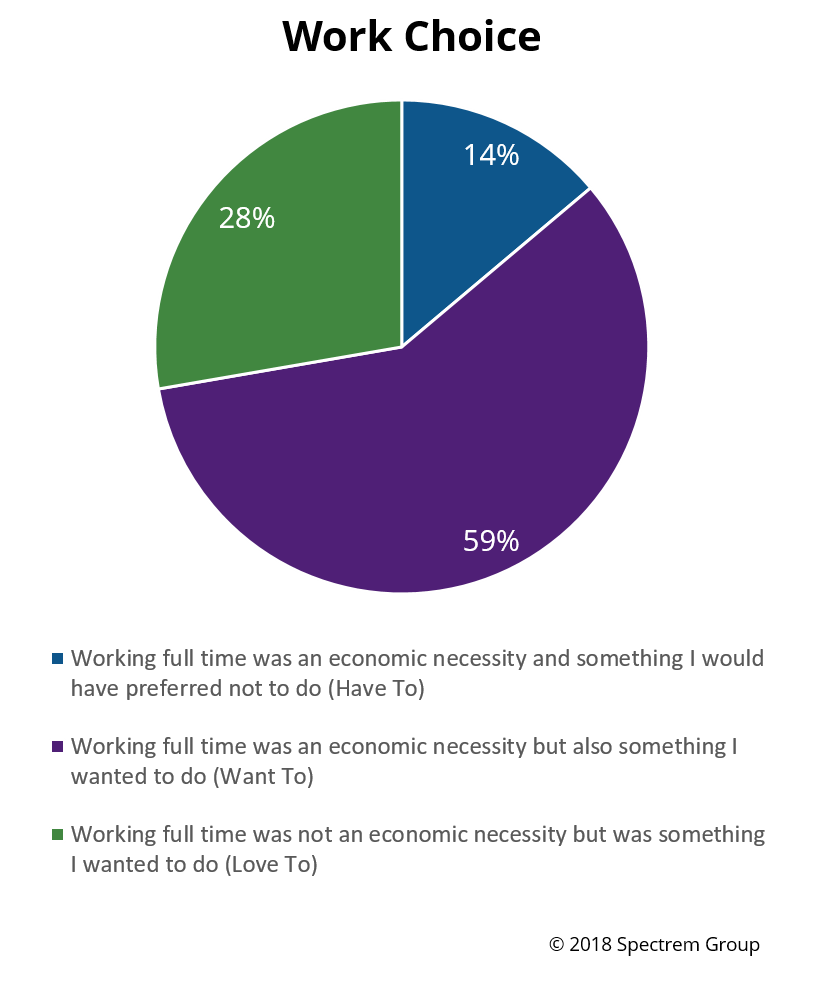 But there is a “red line” even in the “flexibility at work” world.  And that line has to be when having the child around is disruptive to the business that needs to be conducted.  While I’m not sure that the Senate ever actually conducts or completes any “business” successfully, as a taxpayer it seems that having a baby around could be disruptive.  Or more importantly, why should Tammy Duckworth not be the same as other working mothers?  Why doesn’t she take the requisite time off she needs to care for her child?  Can’t she breastfeed in the restroom or other designated area like everyone else? Doesn’t she need to hire a babysitter or use a day care like the rest of us?  Isn’t there a day care facility in or around the Capitol building?   I know she is a “war-hero” and a mother over the age of 50 ... but so what?  If she chose to have a child, she is a working mother just like the rest of us.

Two-thirds of households with more than $100,000 of net worth are two-income households.  Of those working women, only 14% work due to economic necessity.  Almost 60% of women work because they want to and another 25% work because they love their jobs.  This is true regardless of how many children a woman may have.

I applaud Tammy Duckworth for wanting to be a working mom.  I admire her for her past service to the country and to the State of Illinois.  I believe, however, that this move to allow her to bring her baby to the Senate floor is merely a political maneuver and is offensive to real working mothers who realize that this is not acceptable in the typical workplace.  It is also a slap in the face to companies who will now be deemed “non-flexible” because they don’t allow their employees to bring their children who are less than 1-year old into the workplace.
Politicians need to live in the real world.