All Is Forgotten - Investors Are Back! 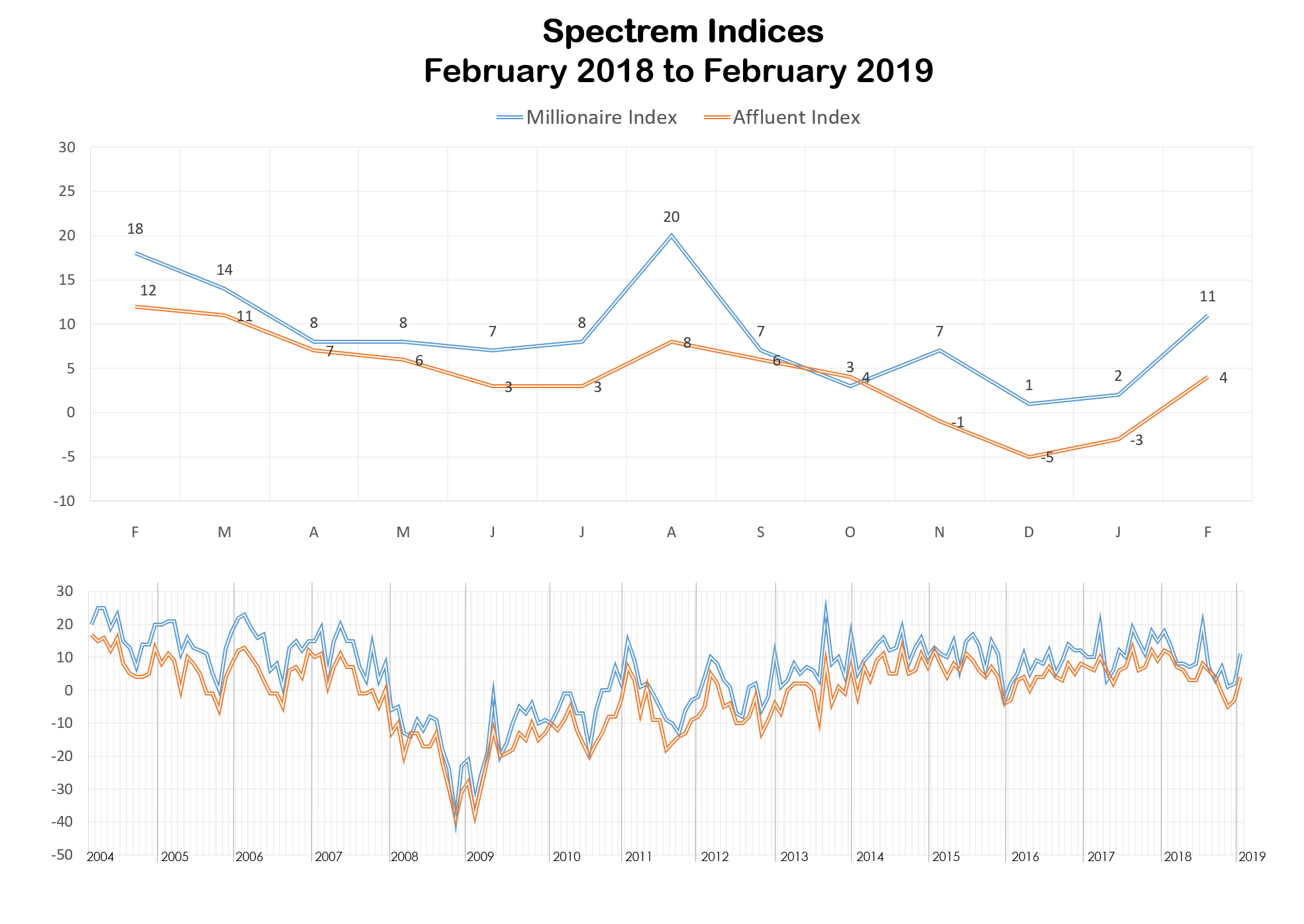 Remember when the Dow Jones Industrial Average dipped to 21,712 back on December 26? That has fallen by the wayside.

After edging back to a positive outlook in January, investors completed their recovery from December’s dark days in February. Thanks to a DJIA that remained above 25,000 for the entire month of February, investors expressed renewed confidence in the American economy and the investment atmosphere once again.

The stability of the stock market was the most obvious reason for renewed investor confidence. Otherwise, the federal government continues to try to find a way to negotiate with China, reports of North Korean nuclear buildup continue to come in, and the discussion about the Great Wall of Trump continue. But with nothing in international relations certain, the stock market completed its recovery and investors responded in kind.

The monthly SAICI tracks changes in investment sentiment among the 17 million households in America with more than $500,000 of investable assets. The SMICI reflects the investment sentiment of households with more than $1 million in investable assets. The Spectrem Confidence Index was fielded from February 14-19, during which the DJIA approached 26,000 once again.

Both the SMICI and the SAICI made huge leaps in February. The SMICI, which edged up by a single point in January, increased by 9 points to 11, the first time in double digits since August. The SAICI moved out of negative territory for the first time in four months, moving up 7 points to 4.

Almost all individual indicators rose in February as well.

Another positive sign came in the category of those Not Investing, which is investors who state their intention to maintain their current level of investing without adding to it. When that percentage drops, more investors plan to participate in the market, and in February, the overall percentage dropped from 39.2 percent to 33.6 percent, and that is the lowest level of non-participation since April of 2018.

Spectrem’s Household Outlook, a measure of the long-term confidence among investors in four financial factors which impact a household’s daily life, almost doubled, from 10.90 to 21.10. That January mark was the lowest in more than two years, and the jump in the Outlook is the largest since January of 2018.

Every factor rose among all investors, and the Outlook in Household Assets rose by more than 20 points, from 29.20 to 49.60. That increase puts Household Assets back at levels it was reporting last summer.