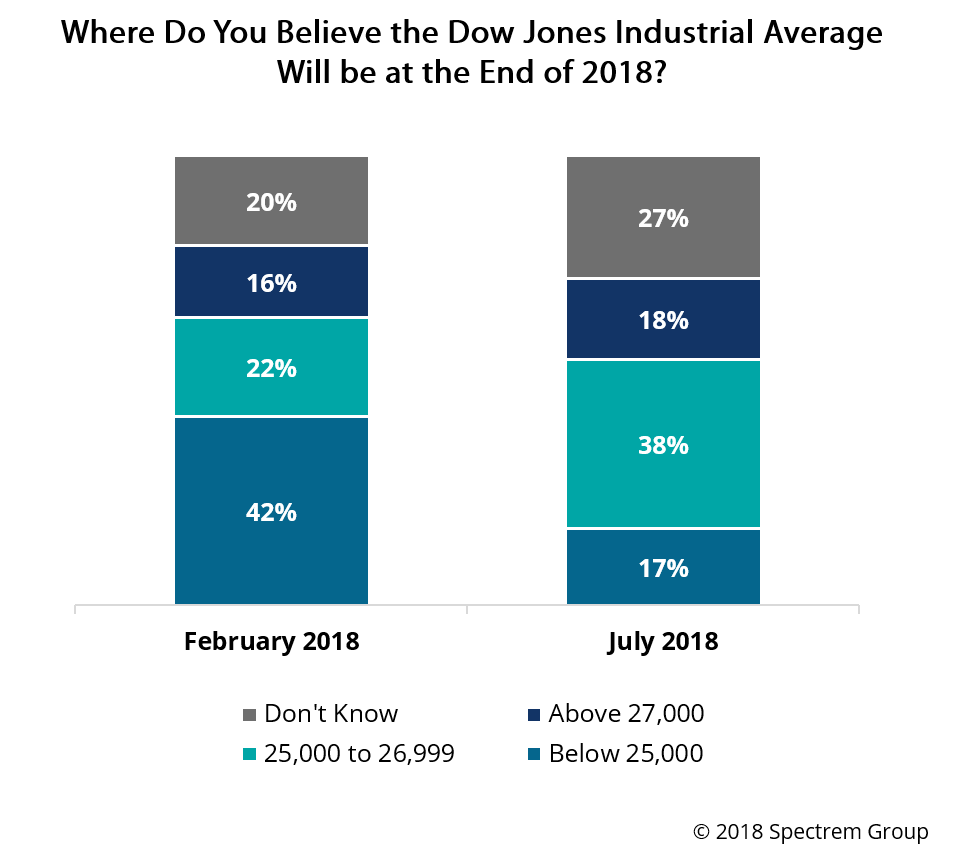 Have you ever had a conversation that ended with the words “We will see how you feel in six months”?

Well, the six months are up, and affluent investors have changed their minds.

The topic is where the Dow Jones Industrial Average will be at the close of business in 2018. Amid fluctuating negotiations between the United States and Europe, Russia, Mexico, Canada, China and North Korea, along with promised increases in the federal benchmark tax rate, investor projections are not as optimistic as they were in February.

In February, Spectrem asked affluent investors with a net worth of at least $100,000 (not including primary residence) to guess where the Dow Jones would stand at the end of 2018. The economy was growing in February, and the tax law changes put into effect at the end of 2017 were still prompting investor glow.

Then came tariff talk, and confused relations with the aforementioned Russians, Chinese and European Union. Investors were asked again in July what their expectations for the Dow Jones were, and only 18 percent predicted the Dow Jones would top 27,000, with only 10 percent predicting a number above 28,000.

In July, there was a similar number of doomsayers, with 17 percent predicting a final number for 2018 below 25,000. Only 2 percent predicted a drop below 20,000 in the July survey.

Perhaps the most telling statistic from the survey was the uncertainty factor. In February, 20 percent answered the question “I do not know”. In July, 27 percent refused to hazard a guess.